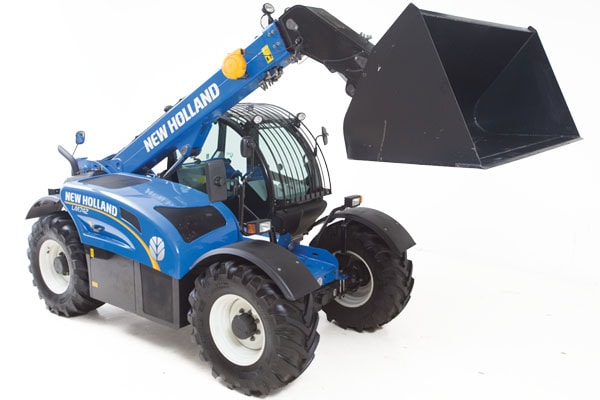 A STANDARD SPECIFICATION TO SUIT YOUR NEEDS

A STANDARD SPECIFICATION TO SUIT YOUR NEEDS

If you’re looking for a machine dedicated to scooping, stacking or loading with the standard comforts of an ag tractor, New Holland offers three affordable large-frame standard-configuration models that are the ideal choice for broad-acre, mixed farm and contract applicati... + Read More

Fields with asterisks* are required. Please email our helpful staff with any questions or comments using the contact form.

Send to a friend »

Send To A Friend

Fields with asterisks* are required. Your friend will receive an email that contains a reference to this page. Please send this email only to people you know who would be interested in this information.

With a rugged frame, heavy-duty boom construction, and ample hydraulics, these telehandlers are built for severe duty.

VIEWS THAT MAKE YOU MORE PRODUCTIVE

LM Series telehandlers give you unparalleled visibility from the 360 Vision cab, now with up to 10 LED lights for clear night visibility.

Choose from a broad range of buckets and attachments you can swap quickly to handle more jobs.

A full powershift 4F/3R (four forward and three reverse speed) transmission is standard on the LM6.32, LM7.42 Classic and LM9.35, with clutch-free changes between each gear. Simply choose speeds using buttons on the console-mounted joystick, and make direction changes with the forward-reverse shuttle lever on the steering column.

All four models achieve a maximum 22.9-mph transport speed (with 460/70R24 tires). Transport mode engages automatically in third gear or at speeds exceeding 7.5 mph. This locks the rear steering wheels in the straight-ahead position, allowing steering from the front axle only.

A 6F/3R powershift transmission on the LM7.42 Elite gives you the ability to select Auto mode. Effective in speeds 4, 5 and 6, Auto mode automatically changes gears to select the most appropriate gear in relation to engine and forward speed, making it ideal for transport applications. Top speed ranges up to 23.7 mph (tire dependent). To enhance the ease of operation, all gear and direction changes can be made using the armrest-mounted joystick. For those who prefer it, a column-mounted shuttle lever is also available.

Let us help you get moving.